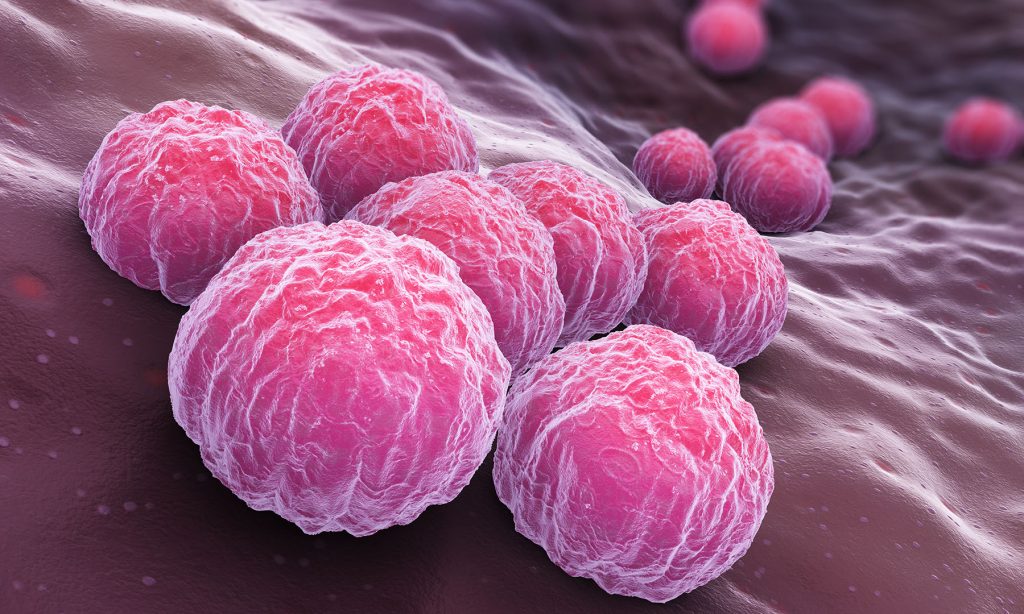 A vaccine to protect against Chlamydia has taken a step closer to licensure after successful phase 1 clinical trials.

The clinical studies were performed at Imperial College London and demonstrated the safety of the vaccine.

Chlamydia, a bacteria, is one of the most common and well known sexually transmitted infections (STI). Many of those infected are frequently unaware that they are infected due to the disease often being asymptomatic in both men and women. However, if left untreated, it can lead to male and female infertility, as well as a risk of it causing pelvic inflammatory disease (PID) in women and epididymitis in men. In pregnant women, the infection can be passed onto the baby during birth.

Antibiotics are used to treat it for the time being, but people remain susceptible to contract this infection in the future if sexually active with someone who is carrying the infection and unaware. A vaccine would prevent this infection, as well as block individuals from contracting it again.

The early stage trial in humans assigned 35 women to receive either the investigational vaccine – CTH522 or a placebo. Five doses were administered over a five month time span. The first three doses were given through a subcutaneous injection into the skin while the other two were given intranasally, through a spray device.

All of the woman who received the investigational vaccine produced infection fighting antibodies towards Chlamydia antigens. This meant that if they were to come in contact with Chlamydia bacteria, their bodies would begin to produce antibodies to resist bacterial infection. While promising, further larger clinical trials with considerably higher subject numbers will be required before national regulatory bodies would licence the vaccine for public use. The final dose and administration schedule remains to be figured out, which is the purpose of next clinical trial.

What Research was Conducted?

This research performed was a phase 1 double blinded, placebo controlled randomised trial. This means that some of the subjects were given a placebo while others were given the actual investigational vaccine. A phase 1 is the first stage of its clinical study with a primary purpose to assess safety, although dosing information is also derived. by the study being blinded, this means that both of the clinicians administering the vaccine and and the trial participants in the study don’t know who received the investigational product or the placebo. Thus the trail was able to provide insight of the efficacy of the vaccine as well as assess any side effects or safety issues.

Based upon the outcome from the phase 1 trial,this will determine whether the investigational product can proceed further into subsequent clinical studies phase 2, phase 3 etc. and 4 which require increasing number of subjects to power the trials. Progressing into further stages also gives the product developers an opportunity to compare the vaccine with any other currently on the market or in trials.

What was included in the trial?

This study included 35 women, of which some were given the placebo, a simple saline solution, while others received the investigational products CTH522:CAF01, or CTH522:AH.  These were slightly different forms of the same product either including a CAF01 or Aluminium Hydroxide adjuvant to help further stimulate the immune system. The reason for this is to pinpoint which might be the more effective vaccine as well as assessing any associated side effects.

All women recieved 3 injections which were 85 microgram doses at the beginning of the study at 1 and 4 months. Following this, doses of the placebo or the vaccine were given at 4.5, and 5 months.

The researchers maintained daily diaries as well as conducting phone interviews. They met the participants in the clinic two weeks after the first adminstration to obtain the information from the patients, for example, “did they feel OK?, did they sense any side effects”, allowing them to track any symptoms. The clinic also took blood samples to perform tests to assess the immune response.

What was the trial outcome?

The study sponsors found no serious symptoms or side effects associated with the vaccine. Only mild tenderness and redness was seen at the injection site in both groups with almost two thirds of the placebo group also recording this symptom. About half of each group reported symptoms such as a runny nose after receiving the nasal spray. About 60% of the vaccine participants and 40% of the placebo group reported having headaches after administration. All the side effects were temporary and passed after a short period of time leaving no long term effects.

The immune response in all the women receiving the investigational product produced antibodies against CTH522 after being administered with all doses. They also observed that that CTH522:CAF01, the variant containing the CAF01 adjuvant saw a stronger and more rapid immune response compared to CTH522:AH.  The trial results were published in the British medical journal The Lancet.

How was the outcome interpreted by researchers?

They researchers concluded that CTH522 was safe and well tolerated by the study participants with few or no side effects. The researchers will need to continue their research in order to better understand has to use the product to prevent Chlamydia. Future clinical studies will likely use the CTH522 adjuvented with CAF01 given its superior immune response. The future trials with higher subject numbers will be able to establish the exact dose and dosing regimen required before advancing into much larger trials that should culminate in approval of the vaccine.

The study generated important clinical data on this investigational Chlamydia vaccine demonstrating that it could trigger an immune response as well as be given safely with few side effects.  In closing, this was a small but important step in advancing the prevention of this disease. For now, there’s no telling when this investigational vaccine will be available to the public, but with these studies, we are significantly closer to finding a new vaccine to prevent the suffering that Chlamydia presents to so many people.